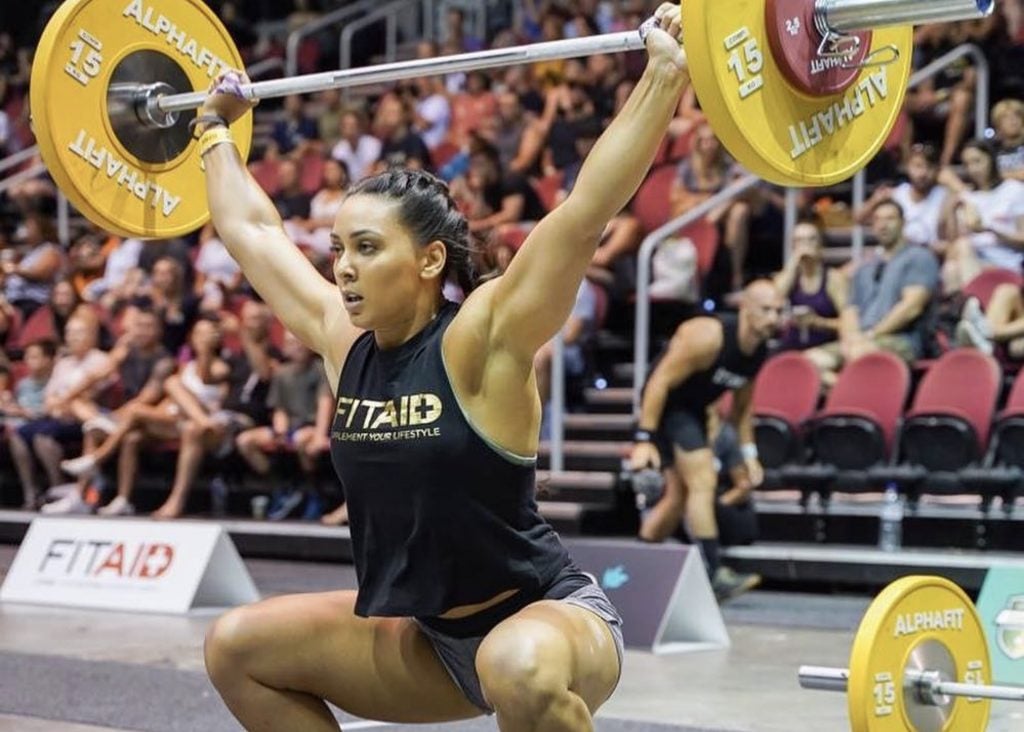 Every year, Crossfit athletes from across the globe compete in the World’s largest fitness event, known as The Crossfit Open. Run over five weeks, with a new workout released every Friday morning (Perth time), athletes have four days to complete the workout and log their scores to see who’s the fittest in the World.

Traditionally the Crossfit Open was divided into ‘Regions’ and was an athlete’s pathway to competing amongst the best in the World at The Crossfit Games. But, in 2019 there was mass changes made to the way Crossfit runs, and now the Open will provide a ticket to the Crossfit Games to the fittest athlete in every country.

The top 40 athletes from Australia will be given an invitation to compete at the Down Under Crossfit Championship in Wollongong on 17-19th of May.

Here’s the local Perth Athletes to keep your eyes on during the Open:

In the Women’s (in order of current placing):

Training out of Injustice Crossfit in Rockingham, Carly is a multiple time Regionals athlete, both as an individual and a team. She was also part of the Injustice Crew team who qualified and competed at the Crossfit Games in 2017.

The 17-year-old, known as Nina Kov, stormed onto the Perth CrossFit scene late last year when she came out of nowhere to unexpectedly take first place at the biggest comp on the 2018 calendar, the ChasingBetter Throwdown. Nina is still able to compete in the girls 16-17 division but by the looks of things, will score herself a ticket to Wollongong in the Open class. If Nina keeps this up she is a future Games athlete for sure.

Previously competing at regionals as a team member of Range of Motion, Kim if currently in contention to compete as an individual although word on the street is that we may be seeing a ‘super team’ come out of Perth. Either way, expect to see Kim in Wollongong.

Jess trains out of RFX Crossfit Cockburn and was recently part of the team which competed on the World stage in Cape Town. I would say they are looking to make the Down Under Crossfit Championship as a team, although Jess is sitting right on the edge of making it as an individual.

Michelle is no stranger to the Regional floor, for many years being a part of the team at Southern Crossfit and competed in her final team comp during the 2017 season even though she qualified as an individual. She recently became a Mum and if she keeps on going this way could see herself back out on the arena floor. Michelle is also a busy entrepreneur and the owner of FitAid here in Australia.

A post shared by Michelle Thorneycroft (@michellethorneycroft_) on Mar 1, 2019 at 5:36pm PST

Always making a splash on the local space, Ellie is yet to qualify for Regionals but is now in the running to make her way to Wollongong. With her small frame and the first two workouts suiting taller athletes, Ellie is definitely in with a chance to make the top 40.

With the changes to CrossFit, you will have to qualify in your country based on citizenship. This changes the game for a few of our local athletes, Stevie-Rei being one of these, who will need to finish top 5 in New Zealand to qualify for Wollongong. With three workouts to go, watch Stevie climb the leaderboard across the pond.

Last on the list for our females, the 2 x Crossfit Games Masters Champion, Helen Harding. Currently sitting in 4th place for her age category in the United Kingdom, and will most likely qualify for the next round of the online competition.

And in the Men’s (in order of current placings):

After a highly successful showing at the Australian Crossfit Championship in Gold Coast earlier this year, Jono Dunlop is leading the way for the Perth male athletes. Not only will he want to establish himself as the top athlete in WA, but also secure another chance to compete amongst the best in the country in May.

After taking last year off the Crossfit Open and missing the final chance to compete at Regionals, Kosta (who is a 3 times Regional athlete) will be wanting to get back out on the floor amongst Australia’s best. He has already qualified and will be making his Sanctionals debut at the Asia Crossfit Championship in China on the 27-29th of April.

One of the most talented athletes to come out of Perth, Hayden LaVanda is a 5 times Regional athlete but over recent years to take a back seat to Crossfit competition to focus on running his businesses; Crossfit Artax and Flick the Bean Cold Brew. Sitting in a qualifying position without training goes to show talented Hayden is. I don’t think we’ll be seeing him out on the floor in Wollongong… but stranger things have happened.

With the best beard in the Perth fitness scene, Ryan Woodall is a multiple time Games athlete (Teams and Masters) and keeps improving with age. No doubt we will be seeing the owner and head coach of Injustice Crossfit in Rockingham back at the Games again.

Another athlete from Injustice Crossfit, Caine started Crossfit in his mid-thirties and is just getting better and better. He has competed at the Games on the Injustice Crew team and is currently in 1st place for his age category. We might be seeing him as a Games individual in 2019.

Finally to wrap up the list, we have Jean-Claude Jardim. JC has been around the CrossFit scene for years and is usually in contention for a podium finish at local competitions. Whilst he never qualified for the Pacific Regional, the changes to CrossFit looks to have worked in his favour as he currently sits in first place for Zimbabwe. If he keeps this up it looks like JC will be booking himself a ticket to the Crossfit Games and will be the first Perth athlete to qualify as an Open Individual since Denae Brown.