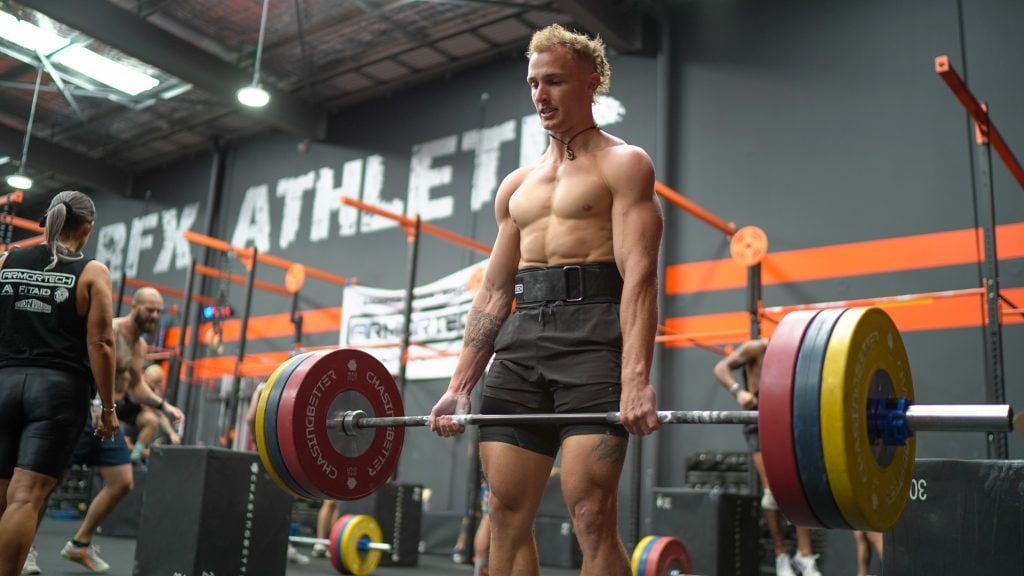 Held from Friday 29 January and wrapping up just hours before WA’s lockdown laws came into play, the X-based comp was full of big lifts, epic scores and some of Perth’s best athletes – the perfect warm-up for competitors and on-watchers alike going into the looming CrossFit Open.

The most anticipated battle of the weekend involved not two but three of Perth’s most exciting CrossFit players: Jono Dunlop from North Bound Crossfit Yanchep, John Champion from Legion Strength and Conditioning Balcatta, and Crossfit Games Athlete JC Jardim from Karmic.

After an epic tussle for first place throughout the weekend, Dunlop proved himself to be the most well-rounded athlete, taking out the Men’s RX competition by a margin of eight points.

Champion finished in the top three in 8/10 events before falling off in the swim. Despite the setback, he still managed to edge out Jardim for second place by just one point.

In a beginner’s story like no other, newcomer Grace Walton executed an impressive come-from-behind finish to take out first place in the Women’s RX division – despite just eight months of CrossFit experience under her belt! CrossFit Veteran Candice Thorpe finished a close second.

Standout athletes from other divisions included 16-year-old Anaru O’Connor from Legion Strength and Conditioning. Anaru managed to win every single event bar the swim in the Men’s Teen division, proving himself an athlete to watch in coming years.

Full results can be found on the Throwdowns website.

The Perth RFX Summer Showdown was proudly sponsored by Armortech who provided axel bars and sleds not seen before in local competition.